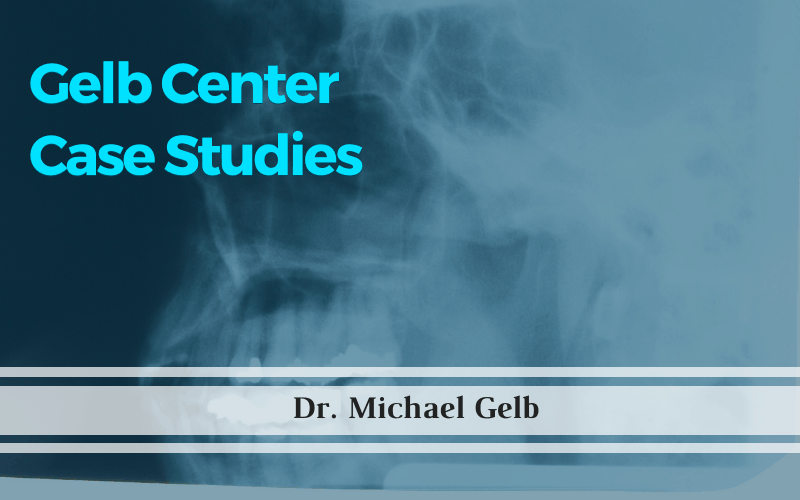 If you’re living with jaw pain, it can feel relentless – can’t you get one day off? And if a good night’s sleep seems impossible because of the pain, or because you keep startling yourself awake, then you’re probably pretty miserable right now. There’s nothing as horrible as waking up in the night because you’re gasping for air – except maybe the headache that appears the next morning.

An Alternative to Facial Plastic Surgery 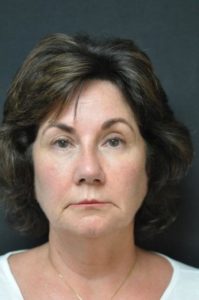 Susan was referred to me by a facial plastic surgeon who she had consulted about her weak chin. At the age of 57, she was unhappy with her appearance, and although a receding chin is often blamed on aging, Susan’s recurring health issues seemed to be connected.

She was struggling with:

We discussed her medical history at Susan’s initial visit. Susan had a history of blunt-force trauma that she was never treated for – having been struck in the face by a door. When her son was still a baby he head butted her, and her previous rhinoplasty failed. Cosmetic surgery on the nose can often cause breathing problems, such as narrowing of the nasal airway. When Susan exercised, overhead pull-ups made her ears clog up – suggesting increased pressure around the narrowed nose, airway and Eustachian tube.

“overcrowding” in the mouth in order to enable alignment of teeth.

We had also discussed her decreased lower third facial height with our facial plastic surgeon (Midface deficiency Fig1.) He explained that neither a facelift, Botox, nor fillers would provide an acceptable esthetic result. A dentist was required to reestablish height in the lower third portion of her face. 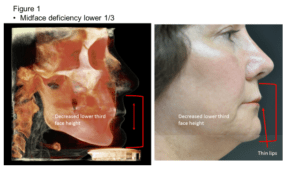 Time and time again, I’ve had patients referred to me who had a recessive chin in childhood that was only getting worse. But it’s also an indicator of an underlying condition – a narrow airway impeding breathing, and a crowded mouth and jaw. Imaging tests confirmed this – we saw a decreased space in the right and left temporomandibular joint (Figure 2.) and a narrow airway (Figure 3). Other symptoms included TMJ pain, and ear problems experienced during exercise. If we opened up her airway and helped her relax her facial muscles, I was certain we would be able to reduce her pain. 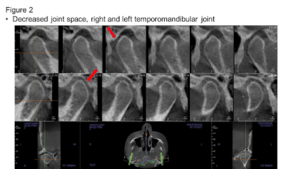 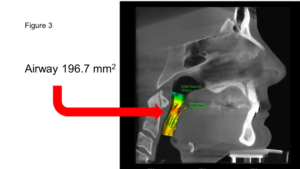 To do this, we opted to use a Prosomnus Sleep Technologies Juvabite appliance (Figure 4) during the day – an excellent choice for patients with TMJ pain – that would allow Susan to bite lightly and speak clearly. At night, we used the ACG Night device (Figure 5) by the same company. The night device ensured Susan would get enough oxygen at night by preventing her lower jaw from slipping back during sleep. 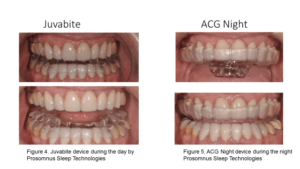 Within five months, Susan’s symptoms eased, and her appearance transformed (Figure 6) – her eyes opened up and her chin was much more pronounced with full lips. A year later, Susan completed treatment and opted for cosmetic fillers to complete her look – far less invasive than surgery. 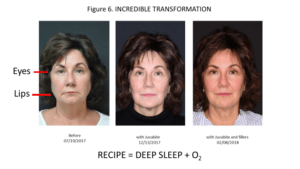 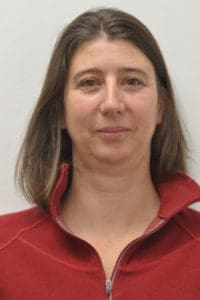 Lisa came to me complaining of jaw pain, Excessive Daytime Sleepiness (EDS) and loud snoring at night. On top of that, she was experiencing bad headaches at the base of her skull. All three were causing her significant discomfort, making her tired, irritable, and depressed – so I investigated the cause.

On examination, I found:

Like Susan, Lisa had a dental history where four premolars were removed in order to reduce overcrowding in the mouth – a clear indicator of a narrow jaw and bite and a narrowed airway.

Our imaging tests showed me that Lisa had: 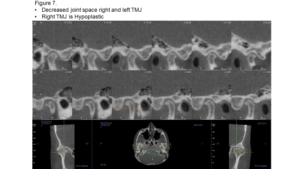 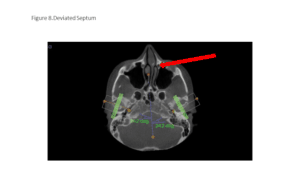 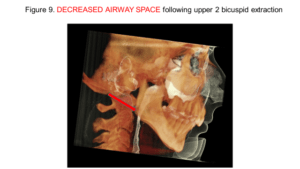 These imaging tests indicated that jaw posture, bicuspid extraction and prior trauma were contributing to Lisa’s possible diagnosis of sleep apnea and tension headaches. Lisa underwent a sleep study, which captured a total of 365 respiratory events that lasted less than 10 seconds, as well as 101 that lasted for longer than 10 seconds. (Figure 10.) Averaged out, this meant that Lisa’s breathing was interrupted 69.3 times an hour. No wonder she had headaches! Lisa had severe obstructive sleep apnea. 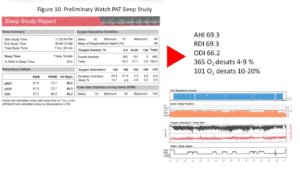 For Lisa’s treatment, we chose to concentrate on using a Mandibular repositioning appliance during the day (Figure 11.), as it was crucial to work on alleviating the TMJ pain, relaxing the muscles and moving the lower jaw forward. At night, we opted for the Prosomnus IA Select, (Figure 12.) a sleep and snore device perfect for women with smaller mouths and larger tongues, which helps open up the airway at night – thus alleviating sleep apnea. 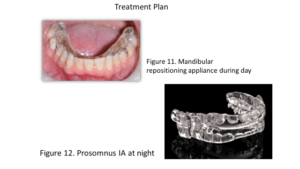 When Lisa completed her treatment, she no longer suffered from headaches, and the oral sleep appliances helped her sleep apnea, allowing her to get rest at night. She was down to 13 respiratory events that lasted less than 10 seconds, and no events that lasted for longer than 10 seconds! Lisa’s new average was 8 an hour (Figure 13.13a). We had increased her minimum airway area from 38.5 mm2 to 126.2 mm2. (Figure 14.) Lisa was a lot happier, and appreciated the improved look of her jaw. She was ready to move onto orthodontics or restorative dental surgery. 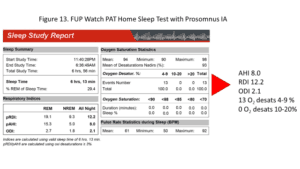 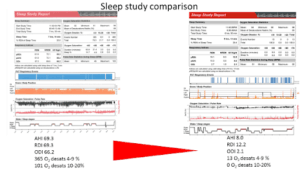 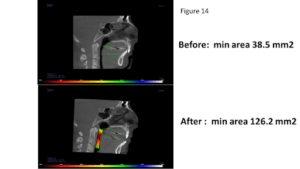 I hope that these case studies show the difference AirwayCentric® dentists can make in the lives of their patients. You don’t have to live with TMJ pain, or stumble through your days, tired and unable to think because of an airway sleep disorder like sleep apnea. We value your health, and understand that a healthy airway is often the key to a healthier life.

If you’d like to learn more about our AirwayCentric® approach, pick up a copy of GASP!: Airway Health – The Hidden Path To Wellness by Dr. Michael Gelb and Dr. Howard Hindin. If you’re struggling with brain fog in the New York area and suspect disordered breathing is to blame, fill out our contact form, or call to make an appointment with Dr. Gelb on (212) 752-1662.

*All names have been changed