Does Your Doctor Know About These Powerful Contributors to Autoimmune Disease? 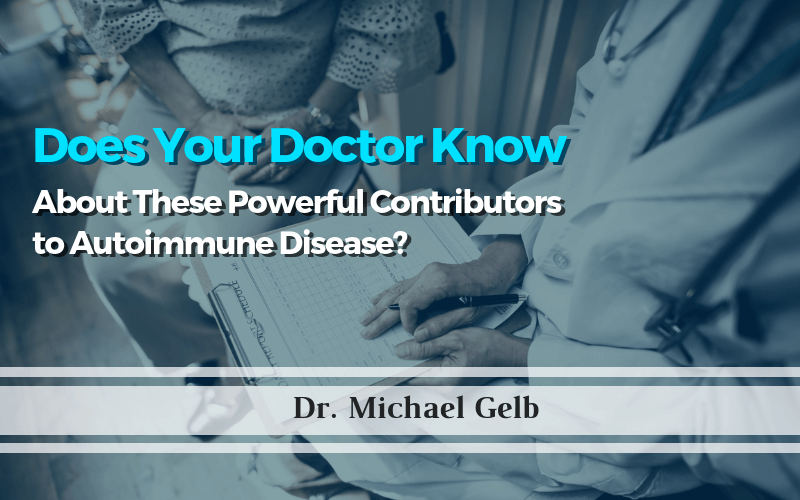 If you live with an autoimmune disease, then you know that it’s life-changing: you have to watch what you eat, rest when you can, and often weigh up every single decision carefully – am I going to pay for this later? Managing your disease can be exhausting.

But what if your exhaustion wasn’t just down to the stress of dealing with autoimmunity, but down to the health of your mouth – or even the way that you sleep?

If any of these symptoms seem familiar, then you may have an airway sleep disorder.

Although it sounds odd, a functional dentist may be able to help you with these symptoms, and help you manage your autoimmune condition at the same time.

Normal inflammation is an important part of your body’s defenses, as it’s a series of signals to your immune system to trigger a defense against foreign bodies and begin the healing process. Your blood vessels dilate in the afflicted area, and your blood flow increases. White blood cells flood in to neutralize or destroy any intruders.

You’ve most likely experienced this autoimmune response with a common cut or scrape – the area around the edge of the healing scab can be raised and red as your immune system fights off the bacteria that may have entered. But this reaction also occurs with a common sore throat, which can lead to swollen glands, and increase in temperature.

So what’s the best way to avoid systemic inflammation?

Improved diet, environment, and exercise play a part, as does a reduction in stress – but good dental health and a clear airway at night can be just as important – though your doctor may not give it much thought!

Your mouth is a gateway to the rest of your body, not just because it’s how you take in nutrients, but it’s also a heavily vascular area, sensitive to the slightest change, and an easy way for bacteria and other nasties like toxins and allergens to slip into your bloodstream. All invaders have the potential to trigger an autoimmune response.

I’ve written about the gut microbiome before, and how an imbalance can trigger inflammation in your body. As more and more research is published on the gut microbiome, we increase our understanding of the way our bodies are interconnected. But have you heard of the mouth microbiome? Your mouth microbiome works similarly to your gut microbiome, forming a biofilm over your teeth and gums, and is even made up of a similar range of bacteria. When well-balanced, it helps to protect your mucosal barriers, and to mature the epithelium cells in your gum line. When out of whack, your mouth microbiome can increase your chances of oral inflammation and gingivitis, but can also progress to periodontitis. Dental cavities and pulp infection leading to a root canal or loss of tooth are also possibilities.

But it doesn’t end there!

Periodontitis can cause a system-wide anti inflammatory response, increasing C-reactive protein (CRP) levels in your bloodstream. CRP is made by your liver and secreted to respond to inflammation – its function is to attach to dying cells and bacteria, to indicate to macrophages that they need to be eliminated. The systemic anti-inflammatory response can contribute to cardiovascular disease (in particular atherosclerosis), rheumatoid arthritis, and complicate your management of type 2 diabetes.

There are over 100 systemic or autoimmune disorders linked with poor oral health, which indicate a clear need for improved oral hygiene for everyone – but, in particular, older patients are at risk, as long-term symptoms of existing conditions such as rheumatoid arthritis may be exacerbated by oral inflammation. Evidently, poor oral hygiene is an important contributor to poor overall health in the US – but your doctor may not make that connection.

The Link Between Inflammation and Sleep Apnea

Your doctor may not ask you about your sleeping habits – another crucial element that can contribute to inflammation and poor health. The quality of your sleep – and the quality of your breathing – can affect the way in which your body repairs itself at night, but also the usual homeostasis of how your body functions. I find it fascinating how everything is interconnected, and that your airway sleep disorder can have a systemic effect on your health.

Research has found that:

While the prospect of inflammation and autoimmune disease may be scary, it’s important you get any symptoms checked out – particularly if you suspect an airway sleep disorder, as the AirwayCentric® treatment may change your life. Fix the underlying mechanism of your sleep breathing disorder and breathe easy.

To learn more about the AirwayCentric® approach pick up a copy of GASP!: Airway Health – The Hidden Path To Wellness by Dr. Michael Gelb and Dr. Howard Hindin. If you’re waking up breathless at night in the New York area and you suspect an airway sleep disorder is to blame, fill out our contact form, or call to make an appointment with Dr. Gelb on (212) 752-1662.