Dentists Are the First Line of Defense in Fighting Sleep Disorders 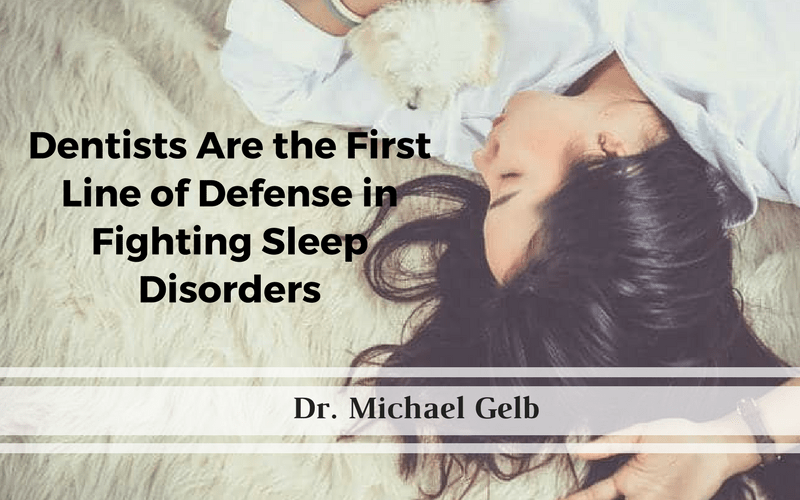 Dentists can significantly improve their patients’ lives and the success of their practice when they implement Airway Dentistry.

The glymphatic system is at the core of Airway Dentistry

While our understanding of the glymphatic system is still in its early stages, we know it needs to run uninterrupted throughout the night to properly rid the brain of waste. Recent research has found that sleep-disordered breathing is a major contributor to poor glymphatic function.

The detoxification process of the glymphatic system relies on an open airway throughout life, which is a primary reason Airway Dentistry is so critical.

As it stands now, dentistry has been inadvertently contributing to this problem for the last 85 years by using devices (such as night guards) that block the airway. However, revolutionary steps are being made to not only correct this problem but to also offer patients life changing solutions.

Airway Dentistry is the future

Every dentist should be aware of Airway Dentistry and make the necessary steps to begin implementing it into their patients’ lives. This is an opportunity to bring significant improvements to your patient’s’ overall well being and expand your practice.

Airway Dentistry and sleep testing are two tools you can use as a dentist to catch sleep-disordered breathing early on and significantly improve your patient’s overall health.

Nightguards for bruxism have been shown to worsen snoring and sleep apnea in 40 to 50 percent of all patients.

Traditional nightguards are no longer the best option for your patients because they’ve been shown to aggravate obstructive sleep apnea and other sleep-disordered breathing issues. Instead, dentistry needs to focus on techniques that open the airway, such as:

When you open a patient’s airway, they will experience better quality sleep and reduced inflammation, both of which will positively impact their overall health.

I’ve seen first hand patients who were struggling with daytime fatigue, anxiety, and brain fog experience rapid relief after implementing airway opening techniques. What’s even better, is home sleep testing is making diagnostics more accessible and easier. We can get a detailed report of our patient’s sleep quality with home sleep testing.

Use home sleep testing in your practice

Gone are the days of overly expensive sleep tests that happen in a hospital setting. As a dentist, you can send your patients home with the tools they need to complete a sleep test at home.

These are three home sleep testing devices dentists can use to test their patients for sleep-disordered breathing with accuracy similar to laboratory tests but for a fraction of the cost.

The effects of sleep-disordered breathing on health are still being fully realized. Although, what we’ve recently discovered is airway health is as important as diet and exercise.

Airway diagnostics used to require overnight laboratory stays and were extremely expensive. Meaning, most people couldn’t get a proper evaluation and would only look for help once the problem was significant.

Many patients will never see an ENT specialist or a sleep specialist, but most will see a dentist. This makes us the first line of defense in treating the sleep-disordered breathing epidemic.

Join us and learn more about Airway Dentistry

At the Greater New York Dental Meeting nineteen leading dental educators, scientific academy representatives, allied health organizations, and military experts will be sharing with attendees what can be done to implement Airway Dentistry into your practice.

With an estimated 70 million Americans suffering from sleep-disordered breathing and 80 percent of these going their entire lives without a diagnosis – it’s up to dentists to become leaders in this serious and largely unrealized health epidemic.

I urge you to sign up for this important meeting so you can be at the forefront of this pivotal point in dentistry.